Relationship with Our Employees

Basic Stance on Relationship with Our Employees

As an IT solutions provider, the CTC Groups employees are its greatest asset. We are continually striving to create a workplace environment in which each and every one of our employees can make maximum use of their abilities, realize their full potential and feel that they are doing a worthwhile job; and seeking to enrich and improve working conditions to enable employees to live rich, healthy and fulfilling lives.
The CTC Group is also making every possible effort to create a workplace in which employees can mutually recognize the importance of diversity, strive to achieve a healthy work-life balance, and challenge themselves to look one step ahead and try out new things.

In the world of IT, new technologies and services are constantly being created, and the industry is continuously evolving at a rapid pace. Under these conditions, the CTC Group must continue working to refine the latest cutting-edge technologies and provide better services to its clients. To enable us to do this, we aim to create a workplace in which every employee can feel motivated, challenge themselves to new things and realize their full potential.

Based on our policy of creating a company in which each and every employee takes the initiative in growing and developing their own career, we are investing generously in the development of a working environment in which our employees can make sufficient use of their abilities. In order to accomplish this, we provide various learning opportunities to match the level and position of each employee, from new recruits and younger employees to mid-career employees and management personnel. These opportunities include training sessions where employees can acquire knowledge and skills, and study groups for sharing expertise and know-how. 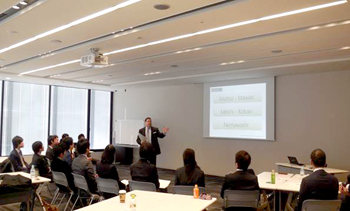 CTC aims to cultivate personnel who can flourish in the global marketplace, as core personnel who can work together with people from all over the world with different backgrounds. CTC carries out a human resources development program to nurture overseas business management capabilities and enhance practical communication skills targeting select employees from different departments.

Starting in fiscal 2013, engineers have been divided into two paths in a high-grade stream, one for specialist engineers and the other for managers, creating a dual track approach aimed at enhancing the technical skills of our engineers.
We made further changes to the system in April 2015 to create a wide range of career paths for all our employees. Specifically, we divided sales personnel and other employees into two high-grade streams comprising managers and specialists, resulting in a systemized grade-based personnel system tailored to job roles, including engineers. 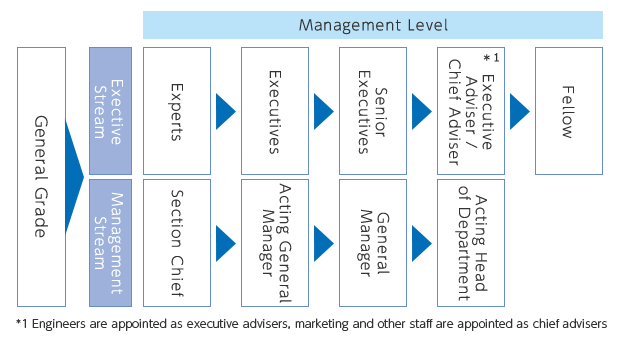 CTC values diversity and is working to create an environment where all types of people can fulfill their potential, regardless of gender, age, nationality and physical ability. We are also deepening understanding of LGBT people and combining the distinct characteristics of our employees with diverse work styles to create workplaces that embrace new challenges.

Empowering women in the workplace

We have introduced a mentor system for female employees to improve career development and enhance communication and relationship skills. Under the system, senior female managers and other employees provide support and advice to junior colleagues. Additionally, we run networking events with companies in other industries to give female employees access to numerous role models who can show them what is achievable, and we build networks to open the door to new experiences and thinking. Our goal is to encourage more women to become leaders and to create a supportive environment throughout their careers.

As a result of revisions made to the Act on Stabilization of Employment of Elderly Persons in April 2013, CTC has expanded its re-hiring of employees who retire upon reaching retirement age to include all persons who express the desire to continue their employment with the company, and established an environment that will enable healthy, elderly people with the motivation to work to make an active contribution to our business. 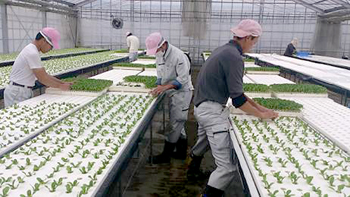 We established HINARI Corporation in April 2010 as a special subsidiary for the purpose of encouraging the employment of persons with disabilities. In addition to providing massage and cleaning services to CTC Group companies, HINARI is also engaged in business such as outsourced farming work in cooperation with farmers in Hamamatsu, and outsourced dismantling and recycling of computers and computer-related devices. In addition to office beautification services for desks (and surrounding areas), copy machines and conference rooms, etc., through its cleaning services, HINARI also cooperates with activities to convert empty aluminum cans (collected from within CTC companies) into wheelchairs and donate them to welfare/care facilities.
In addition, the CTC Group is promoting universal agriculture as a way to build a structure that enables diverse people to engage in contracted farm work.
Moving forward, HINARI will continue in its efforts to create a wider range of environments in which people with disabilities can utilize their abilities.

Under its Basic Policy on Diversity, the CTC Group engages in initiatives relating to LBGT (sexual minorities) with the aim of creating a workplace environment and corporate culture where diverse human resources can take active roles regardless of their sexual orientation or gender identity (SOGI).

CTC is engaged in various initiatives towards achieving the realization of a workplace where employees can lead a diverse range of lifestyles to match their current stage of home and/or community life while at the same time feeling that they are doing a worthwhile and fulfilling job; including childcare and nursing care support.
Moving forward, too, as a leading company playing an important role in the evolution of the IT industry, we will aim to become a company where each and every one of our employees can shine, and feel that their work is worthwhile.

Initiatives for Changing Attitudes Towards the Way We Work

In 2014, CTC began the full-scale introduction of a morning-focused working system, as an initiative designed to revolutionize attitudes towards the way we work.

We have also established various schemes to provide refreshment support for our employees, including our Flexible Holiday scheme, which grants special holidays for employees taking multiple consecutive holidays; our Good Job & Refresh scheme, which issues travel tickets and accommodation vouchers to employees who have made major contributions to the company; and our Refresh Holiday scheme, which supplies special holiday and refreshment funds to employees who have worked at the company continuously for 15 or 25 years. We have also established a Volunteer Holiday scheme that enables employees to participate in volunteering activities taking place on weekdays.
These activities are also introduced on the Positive Off* website. This movement is also endorsed by CTC.

* About the Positive Off Movement
Positive Off is a Japanese government-run movement that actively encourages people to take holidays and enjoy going on days out or travelling, and to regard and enjoy holidays (i.e. time off) in a positive way. It is advocated and run by a joint effort between the Cabinet Office, the Ministry of Health, Labour and Welfare (MHLW) and the Ministry of Economy, Trade and Industry (METI). 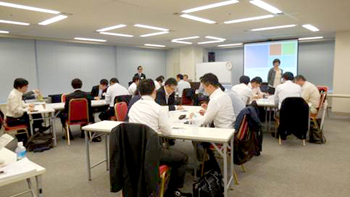 In addition to enhancing and improving its maternity and childcare leave schemes, CTC is also investing its energies into career-shaping support for employees who return to work after childcare leave; through initiatives such as "Returning to Work After Childcare Leave" seminars targeting such employees, and management-oriented "Iku Boss" seminars (aimed at managers with subordinates who are returning to work after childcare leave). We are also making efforts with regard to caregiving support initiatives (for employees caring for sick or elderly relatives), not only by expanding and improving our schemes, but also in terms of creating a suitable corporate culture and conducting awareness-raising activities.

The CTC Group views the management of employees health as a business challenge, because the maintenance and improvement of health play an important role in enhancing corporate productivity. Based on this view, the CTC Group is pursuing a number of initiatives for creating workplaces where each of its employees can work vigorously in good physical and mental health. 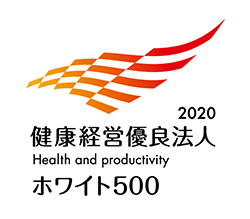 The Ministry of Economy, Trade and Industry (METI) certified CTC as a White 500 Health and Productivity for the second consecutive year since 2017, judging it to be an enterprise considering the management of employees health from a business viewpoint and addressing the issue strategically.
In selecting organizations for the certification, the METI rated the levels of health management by companies from the following viewpoints – (1) management philosophy and policies, (2) organizational structure, (3) systems and policy execution, (4) evaluation and improvement and (5) compliance and risk management. The Ministry gave high marks to CTCs health management system in which all parties from the management team to employees at job sites work together in concert.

Initiatives for Early-stage Discovery of Cancer 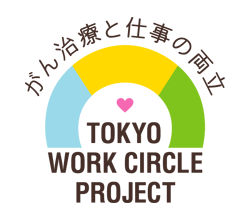 As a partner company under the Action Plan for the Promotion of Cancer Control scheme, the CTC Group is engaged in efforts to develop systems that make it easier to either prevent or detect and treat cancer in its early stages, and to create working environments that will enable employees to continue working with peace of mind. CTC was awarded an incentive award in the major corporation category of the FY2017 Awards Commending Companies that Implement Excellent Initiatives to Help Cancer Patients Balance Cancer Treatment and Work*, hosted by Tokyo Metropolitan Government in February 2018. As of April 2018, we also introduced new initiatives, including testing services and testing fee subsidies. Moving forward, we will continue to promote workstyle reform while working proactively to support the prevention, early stage detection and treatment of cancer, and working environments for our employees.

* The Tokyo Metropolitan Government has been hosting the Awards since FY2014 as one element of its cancer control program. The aim of the event is to promote the spread and establishment of initiatives for ensuring a balance between cancer treatment and work, both at companies and in society as a whole, and prompt companies to encourage a balance between medical treatment and work for employees with cancer (as well as other illnesses and injuries) by spreading awareness of successful initiatives.

The CTC Union exists as an employee-centered organization that holds regular information exchanges regarding the way we work and other such issues. Opinions and other information shared at such exchanges are utilized in formulating Personnel Department policy measures and various other initiatives.

Basic employee data for the CTC Group is as follows.

Numbers of Employees by Gender (CTC only)

Mid-career number of full-time employees（CTC only）

Employment Rate for Persons with Disabilities (CTC only)

Number of Employees Making Use of Childcare Leave Schemes (CTC only)

Rate of paternity leave users（CTC only)

Number of Employees Making Use of Caregiving Leave Schemes (CTC only)